A programmable robotic kit can be said to be a way to simply learn the way to program robots. One can do this by themselves after buying the kit. They are best for people who do not know anything about robots as they teach the way to program robots right from the beginning. The kit will be able to teach one in forming programming skills. A robot kit will aid students in working with hardware that is real so that they can be ready for the problems that will be experienced in real physical work. Below are ten programmable robot kits that are for education.

This is a very good programmable robot kit. Your kids’ education will be improved by this as it allows one to learn programming, electronics, as well as robotics. This robot is handled by wireless modules, i.e. Bluetooth/2.4 G wireless serial. It is also rather facile to assemble it. If you wish to enhance your child’s Science, Technology, Engineering as well as Mathematical educational abilities then this robot is the best for you. It is very fun to employ also. This is due to the fact that it has some pre-assembled options encompassing remote control car, obstacle-avoidance car. It can be utilized in several games including soccer games.

The Dash and Dot robots that are educational are also a good option. Dash and Dot tend to be educational, creative as well as simple. It also have many accessories. Dash and Dot are not only robots, but are designed so as to help in educating your kids. They are also teaching tools which present fresh ways that one can play and also learn, which allow children to employ their imagination. One can also educate their kids in graphical programming by utilizing the wonderful Blockly visual programming language. They can advance at their own pace.

It is another educational robot kit for kids. One can educate their children on programming with this. This has a colorful user interface made especially for kids. They have a rather simple design as well as bright sleds. It is also compatible with exciting Legos. One can also get a lot of educational resources that can be found online, and that for free. Thymio 2 is precisely an interactive wheel base specifically used for education. It also has embedded sensors.

The robot kit was made so as to give an introduction to kids concerning robotics. You will be able to find this robot kit in many levels. Obviously it is the entry level robotic kit that is made especially for learning as well as teaching robotics. Level 2 is able to educate one on the basics concerning the way robots move, encompassing the employment of sensors, speed plus force, gait as well as drive. The 3rd includes 12 robots plus has new parts also, including a servomotor or even an infrared sensor, which lets one build robots that tend to be smarter.

This educational robot kit is for beginners who do not know anything about robots. One does not require to have programming as well as computer knowledge so as to be able to begin forming fun, amazing little robots which may also be able to interact with the precise environment. If you are someone who aims to start learning about robotics or want to educate your children on this exciting concept then consider having a look at this robot kit. One is able to get the MOSS Zombonitron 1600 or the MOSS Exofabulatronixx 5200. The first one is if you wish to know about MOSS.

Cubelets have magnetic cubes so as to make machines as well as robots without programming plus not soldering also. The robot tends to act in a way according to how one assembled the Cubelets. They are educational also. The Cubelets characterize a conceptual vision concerning robotics precisely where the structural design is the factor that will tell how the robot behaves. Kids who are 6 to 16 starting to learn about robots will like this kit. They will educate them concerning robots. You can get different types of Cubelets according to your wishes.

If you are looking for an educational robot kit that is good for kids then consider this one. This is regarded as a good open source mobile robot. It helps kids find out about the amazing world concerning robotics. It has some awesome sensors. The best point about this robot is that it contains educational resources which look at some exercises that have varying degrees of difficulty concerning learning how to properly program the amazing robot. It is a good thoughtful robot that is perfect for education. It is also good for someone whose hobby is learning about robots.

If you love Legos then have a look at this robot kit. Lego Mindstorms NXT can be regarded as an excellent robot when considering constructible as well as programmable robot kits utilized for education plus for fun. It is rather popular in students and also teachers. It is wonderful when wanting to find out the major points as well as components employed in robotics. One may also be able to form quiet complex projects, for example exoskeleton. If you want a fun robot kit that can be used for educational purposes then have a look at this particular kit. 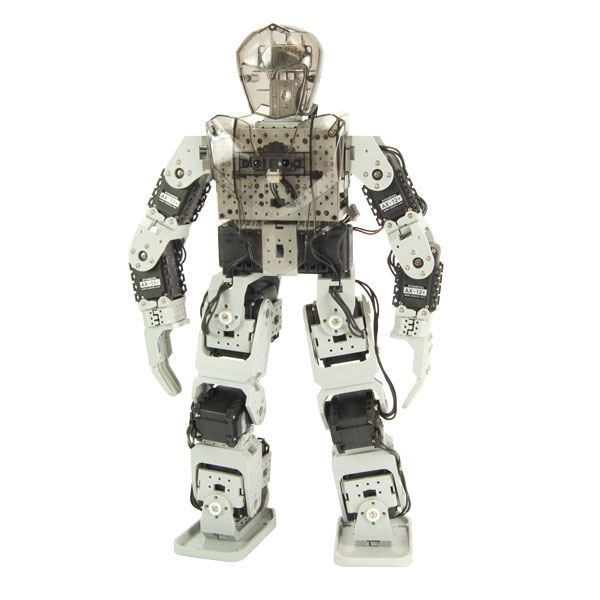 Bioloid robotics kit enables one to form as well as control many types of robots. This may include a scorpion as well as a humanoid. This kit is fun and also educational. There are some Bioloid kits which are made specifically for one wishing to use them in education. The Bioloid robotics kit have their basis upon Dynamixel servomotors that are of a very high-quality. There are several types of Bioloid kits that you may be able to pick from according to what you want to use the kit for.

This has everything that one requires so as to be able to form a fully functional robot employing the excellent included programmable Cortex Microcontroller as well as certain kinds of sensors. If you wish to get the programming software which can be sold separately, you will be able to pursue autonomous programming as well as integration of sensors, plus much more. It is good to learn about robots.

Robot kits are a fun way to teach your kids about robots. They are good for educational purposes also. They are many available in the market and you can choose the one that matches with your taste and requirements.

…..Click here to see more stories about Makeblock and You